Summertime in the City

A week ago I left Texas to spend the summer in St. Petersburg Russia, and it is just amazing here. The city is beautiful, each building is a work of art, and canals run throughout the city, giving it the nickname "Venice of the North." The weather is also just as perfect as it can get, staying around 75F most of the day. The temperature only drops when the sun goes down around midnight, but when it is back up by 5, it never gets too cool here. And the sunsets are unlike any I have seen before: 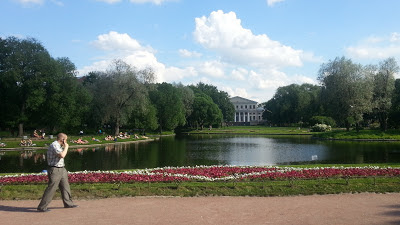 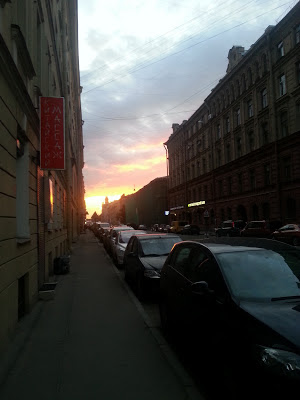 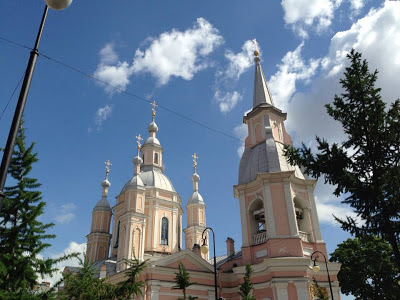 Not not everything in this city is quite as beautiful. When it was a communist nation, the Soviets wanted everything to be the same, no individuality. And so you get many identical concrete buildings, like these: 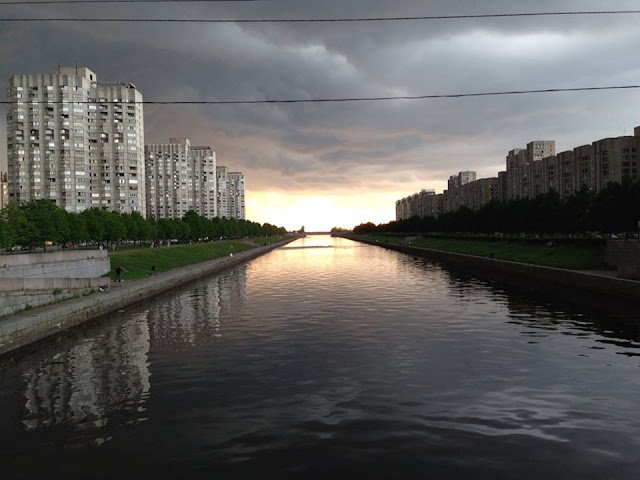 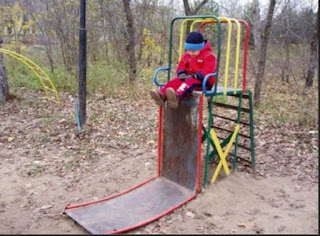 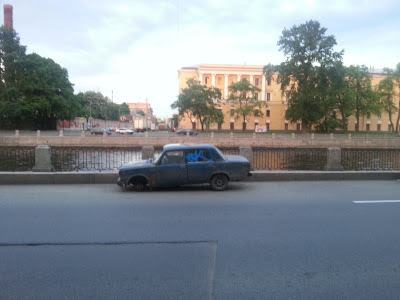 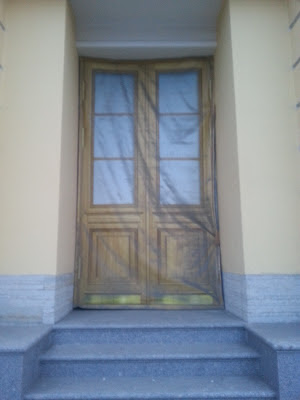 But with everything there is to see in this amazing city, I am here for a different purpose. I came with a team of four from Texas A&M to serve this city by helping Russian college students improve their English and discuss the Bible. And this is the team enjoying our first meal in Russia, blini (a thin, fruit or meat filled pancake) and tea: 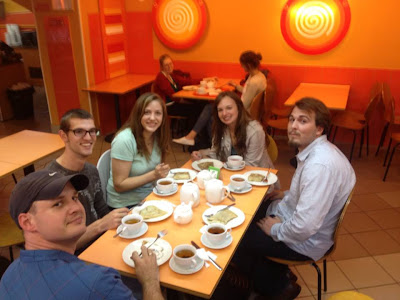 Our main job this summer(along with eleven students from New Mexico State) is mostly just to go meet these young Russians and make friends with them. Most people think of Christianity as Orthodox Christianity, which is similar to Catholicism. We want to show them that Jesus is more than a bunch of rules and church on Sunday, but it is difficult to just tell them that Jesus loves them.

In America, most people were raised in the church or around people who went to church, and generally have been told what Jesus has done for them. This in turn has given them a strong belief, either in God or in the lack of God. But many times that belief is quite lukewarm, where they believe in God but it doesn't make any significant changes in their lives. But in both lukewarm belief and no belief, it often doesn't take too much to get people to see that God is real, living, and moving in our world. The freedom of college is often where people come to the realization that if they truly believe in God, they must make it their own, because they don't have their parents there to tell them what to believe anymore. And if they are atheist, sometimes all it takes is for someone to tell them that they are loved even when they don't feel it, and it changes their whole view on what Christianity is.

But it is not like that here in Russia. People genuinely don't know the Gospel, they have never been told what Jesus has done for them by sacrificing himself on the cross for us and rising again three days later, cleansing us of all our sins and enabling us to have a relationship with the God who made us. They know religion, rules, laws, and nothing of a relationship with the Father, and they know nothing of what is written in the Bible. And so when you try to tell them of this relationship, they will often think you are in a cult. This is why less than 1% of all people in St. Petersburg are Christian.

That being said, Russians are not the cold, mean-hearted, godless people that we tend to think of them as. They are actually very friendly and love to just sit and talk. We have already met with several people, intending to watch a movie or play games or grab dinner, but every time it boils down to them just wanting to talk over tea or take a stroll around town, and oftentimes it comes to a philosophical or religious discussion, which they are completely ok with. And that is just Russian culture: Russians would rather "be" than "do." They just want to be with us, get to know us, as opposed to doing something with us.

And that opens so many doors for this ministry. One thing we do is help with "English Movie Night," where we play a movie or TV show and introduce new vocabulary used in it. Then following the movie, we talk about it, trying to get deep into a spiritual conversation. For example, last week we watched The Prince of Persia, and one line repeated throughout the movie was about making your own destiny. And so we talked about that, asking everyone what they thought of it, and it was a great way for me to explain to them how I felt God calling me to be with Him for eternity.

There is a new concept sweeping the city, called the anticafe. Think of your normal coffeeshop, where you go in, you buy a $5 latte, and do whatever for however long you want. But what if you want a couple drinks? It starts to get expensive pretty quickly. The anticafe is the exact opposite: rather than spending as much time as you want and pay for drinks, you pay for the time you spend there and get free drinks. So you might pay 1 ruble per minute, or about $2 per hour, to go there, and you can get a latte or two while there, which is a much better deal. But they are designed to be very social places, and many are themed. We went to one where there are a lot of board games to play, and where people are encouraged to just join any group to play and talk. There is one centered around music, with a ton of instruments around that anyone can pick up and play together. With such a social atmosphere, we hope to use this to our advantage in our ministry, regularly hanging out in these anticafes and meeting new people.

But we don't just want to meet people to make friends, we want to get them talking about the Bible. So we are going to be having Bible discussion groups, likely at anticafes, which is distinctly different from a Bible study. We are not looking to have one person teach out of the Bible, and we are not looking to delve deeply into history or theology, but rather we just want to see what Jesus has to say. We will look at a passage in the Bible, read it in both English and Russian using the same parallel-language Bibles (so we can say "turn to page 394" rather than wait ten minutes for everyone to find Titus). Then we will ask a few simple questions, the same ones each time, and talk about what the passages say about God, about man, about Jesus, and what that means to us. And we will be having someone new lead it each week, so that it becomes something they can do even when we leave after the summer ends.

And there is more that we will be doing, but for the most part our schedules are pretty relaxed and flexible, always looking to do what we can with Russian nonbelievers to help them see the goodness of Christ and want that relationship for themselves. Their schedules will dictate ours, but ultimately it is Jesus that will be doing work through us. I know that Russia is a hard place to reach with the Gospel, but I also know that it is not my responsibility to save anyone, and in fact I cannot do that. As it is written in 1 Corinthians, 3:6-8, "I planted the seed, Apollos watered it, but God has been making it grow. So neither the one who plants nor the one who waters is anything, but only God, who makes things grow. The one who plants and the one who waters have one purpose, and they will each be rewarded according to their own labor." My purpose here is to plant the seeds, the permanent missionaries will water the seed, but it is God who makes change and who wills the seeds to grow.