On Gay Marriage and the Second Greatest Commandment

So I am generally the kind of guy who lives under a rock, in terms of politics. I only just found out tonight what has been going on with Chick Fil A, and I found out by watching a vlog by Jackson Pierce that seems to be going viral, with more than a quarter million hits on YouTube in only 2 days. 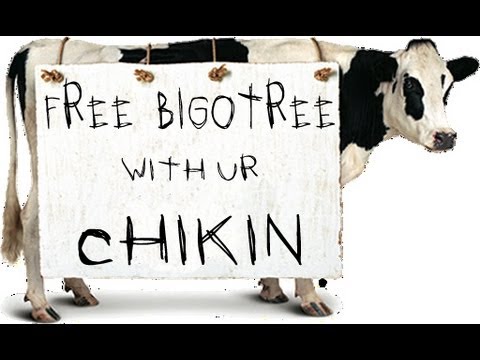 In short, the vlogger was saying that she was outraged at the fact that the owner of Chick Fil A is opposed to gay marriage and supports the traditional Biblical family, and she was referencing Scripture to justify her argument. She was saying that money spent at Chick Fil A goes in part to organizations that are working to ban gay marriage, or as she called them “hate funds.” Now normally I try to avoid discussions like this, and I avoid trying to convince people who are stubborn in their own ways, as I tend to get a little too passionate and hot headed and make it into an argument, which only leads to ruin (2 Timothy 2:14). That being said, please read the ENTIRE post, or else don’t bother reading at all. This is a post about so much more than just gay marriage.

That being said, I just want to start by poking a few holes in her theory. She was saying that a heterosexual, monogamous marriage is not biblical, justified by the Old Testament relationships and marriages. While I really cannot justify why so many marriages were polygamous, and why men had so many concubines in the OT(I have only barely begun reading it), I can say that it is not God’s plan anymore, even if it once was. 1 Corinthians 7 is a passage detailing how a man should act towards his wife, and she to her husband. Every time they are referred to in the singular, “the wife does not have authority over her body but yields it to her husband. In the same way the husband does not have authority over his body but yields it to his wife.”(v.4) Again in 1 Timothy 3 the relationship is singular. Song of Solomon, the book that is the basis of marriage, is strictly monogamous. And from the few OT relationships that I know, Adam only had Eve, Noah only had his wife, Isaac only had Rebekah. And I can also say this, that of the polygamous marriages in Genesis, they were all borne out of sin: Abraham and Sarah not trusting in God to deliver them a child, Laban deceiving Jacob to marry Leah before Rachel, and the two wives fighting for dominance over one another(but even here Jacob only wanted Rachel, and only consented to the other wives because they demanded it.) Sodom and Gomorrah being destroyed because everyone in them was completely evil, and gay. Again and again we are told that homosexuality is sinful, in the New and Old testaments, and we are told that we should desire to be monogamous, for that is how we were created. Anything different is a result of sin.

In addition, you must take into account the cultural differences between then and now. Again, I am not a scholar and so I personally do not know the cultural practices very well that lead Jackson Pierce to her conclusion. All I can say is that she is not able to separate cultural doctrine, which was formed by man, from Spiritual doctrine, formed by God. You cannot take something man has declared and say it is from God(again I do not know OT law well, so if the practices in the video are laws given by God, please correct me, I do not want to be spreading false statements and calling it truth).

Now that my rant about how one man and one woman make a marriage is sufficiently justified (I think), I just want to add this: it is no secret that Chick Fil A is a Christian restaurant. It is no secret that Christians believe homosexuality to be sinful and immoral. So why does it come as a shock when it is voiced explicitly. I feel like the issue of gay marriage is dividing people more and more because those in favor want to feel discriminated against. It has always been a political issue, but only in the last few years has it become a “big” issue, and it is just because more and more people are choosing to be known as gay. Heterosexuals don’t include their sexuality in an introduction, so why do homosexuals do it other than attention? Why can’t we all simply be human, and love one another unconditionally. And this is a problem with both sides--many Christians refuse to see gays as people because they cannot look past their sin. But sin is sin, what makes being gay any worse than your judging of them? Or statistically speaking, of your porn addiction. Or your vanity, or greed, or selfishness. “Take the plank out of your own eye, and then you will see clearly to remove the speck from your brother’s eye,” said Jesus.

Now I’m not saying that being gay is right, all I am saying is that it doesn’t matter. Homosexuality is sin, nothing more, and like all sin we need to expose it, bring it to light, and bring the sinner to Christ’s redeeming love so that they may find the strength to be absolved of the sin. Don’t simply sit back and call them out for being gay; rather, approach them with love and apologize for how Christians has completely ignored the second-greatest commandment God has given us.

It is only by love that we have been forgiven for our sins, and that we have been made clean to draw near to our God in Heaven. In the same way, draw the sinners to us with love, so that by them seeing the love of Christ in us they will know what love truly looks like. God is love, everybody let’s start showing the world what love looks like. Let’s change how people see the church, lets be the generation that stands up for what’s right and makes something happen for the glory of God. Right now the American church doesn’t look anything like the early churches, but I have witnessed in my own church, Antioch Community Church in College Station, Texas, what a church can be. I have heard stories of the amazing things happening in churches that model the Gospel, and it is time for every church and every Christian in the United States--in the whole world--to see God in all his fullness working through the church the way He designed it.

The time is now. It is up to our generation to bring revival back to religion.